Differences in Moderate and Severe Depression

Depression is actually an umbrella term that includes a variety of symptoms and a number of disorders. The difference between moderate and severe depression is typically dictated by the number of symptoms the person experiences and the effect these have on the persons ability to function.

Dysthymic disorder, also known as dysthymia, is a chronic form of depression that is frequently seen by mental health counselors who specialize in depression therapy. It starts at an early age and persists through life. For a diagnosis of dysthymia to be made, someone would have chronic mild to moderate depression symptoms for a period of 2 years or more.

Dysthymic disorder affects approximately 1.5% of the U.S. population age 18 and older. This translates to about 3.3 million American adults.

Dysthymia can sometimes be difficult to spot because people with it have been mildly depressed their whole lives. Both the sufferer and those around them lack the baseline of a better mood to compare the depression to.

Whereas dysthymia is chronic, milder, and usually has an early onset, major depressive disorder is more severe, episodic and may begin later in life. Even if a depression seems mild, it’s important to get help as soon as possible because chronic mild depression can lead to more severe depression.

Major depressive disorder (MDD) represents one of the most serious challenges faced by healthcare providers of depression treatment throughout the world. It is the leading cause of disability in the U.S. for ages 15 to 44. MDD affects approximately 14.8 million—or about 6.7%—of American adults.

While MDD can develop at any age, the average age at onset is 32. It is more prevalent in women than in men, with women between the ages of 18 and 45 comprising the majority of cases in people seeking help for depression.

According to the DSM-IV, major depression is characterized by one or more major depressive episodes, each of which lasts at least 2 weeks. The cardinal symptoms of major depressive disorder are depressed mood and loss of interest or pleasure. Other symptoms can vary enormously. For example, some people with MDD experience insomnia and weight loss, while others gain weight and sleep excessively.

Another severe depressive syndrome characterized by a constellation of classical signs and symptoms, called MDD-melancholia, is more common among older people. This is a severe form of depression that causes the sufferer to withdraw into isolation.

When someone has this form of depression, nothing seems to make them happy and even the most joyful events in life have little meaning. Some are so impaired that they are unable to dress, shower, or even feed themselves, and may spend entire days alone in bed. In the worst cases, this may cause severe dehydration and malnutrition.

Because of the severity of this type of depression, psychotherapy is generally ineffective. Conventional treatment generally includes immediate suicide assessment, followed by antidepressant medication and sometimes electro convulsive therapy.

About 10 to 15% of patients formerly hospitalized with MDD commit suicide. Of all suicides attributed to depressive disorders, MDD accounts for about 20 to 35%. Research has determined that suicide is more common among those with more severe and/or psychotic symptoms, with late onset, with co-existing mental and addictive disorders. Because the high suicide rate, it’s critical that people with any type of depression seek help immediately. 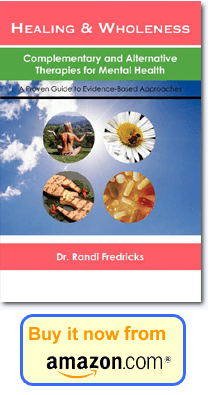